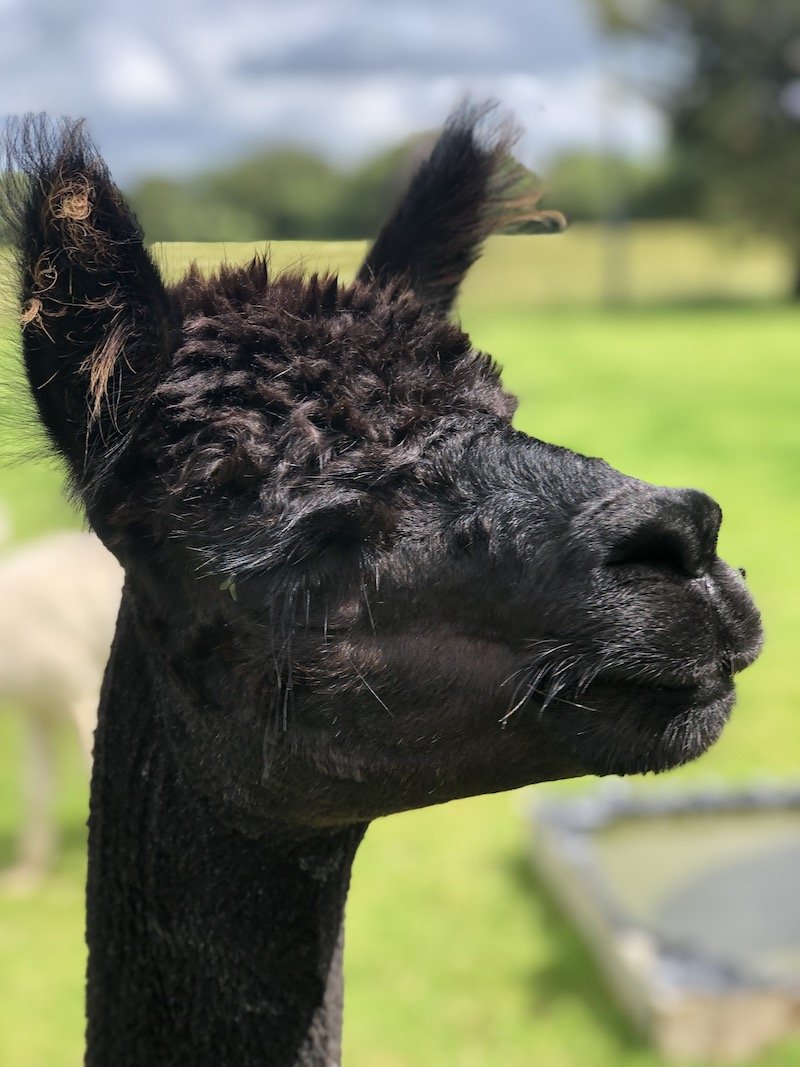 The alpaca is a species of South American camelid originally from Peru, Chile and Bolivia. Often confused with the Llama the alpaca is smaller and has a softer fleece
The alpaca is kept primarily as a fleece producing animal with meat as a secondary product. There are two types of alpaca, the huacaya and the suri.
At Moorparks we have huacaya alpacas, they are pets and will NOT go for meat! We started off with three boys, Toffee, Paul and Cooper. After about a year it was clear that Cooper wanted to play a lot more than the other two as he was younger. We found some for sale and decided to go and check them out. We just wanted one to keep Cooper company. Unfortunately, we couldn’t decide which one to get. Michele liked one and I liked a different one. After a brief ‘discussion’ we agreed with the owner to have two, only to be told that would leave one by itself!
So, we bought three more! Mr Burns, Smithers and Bart arrived shortly after. 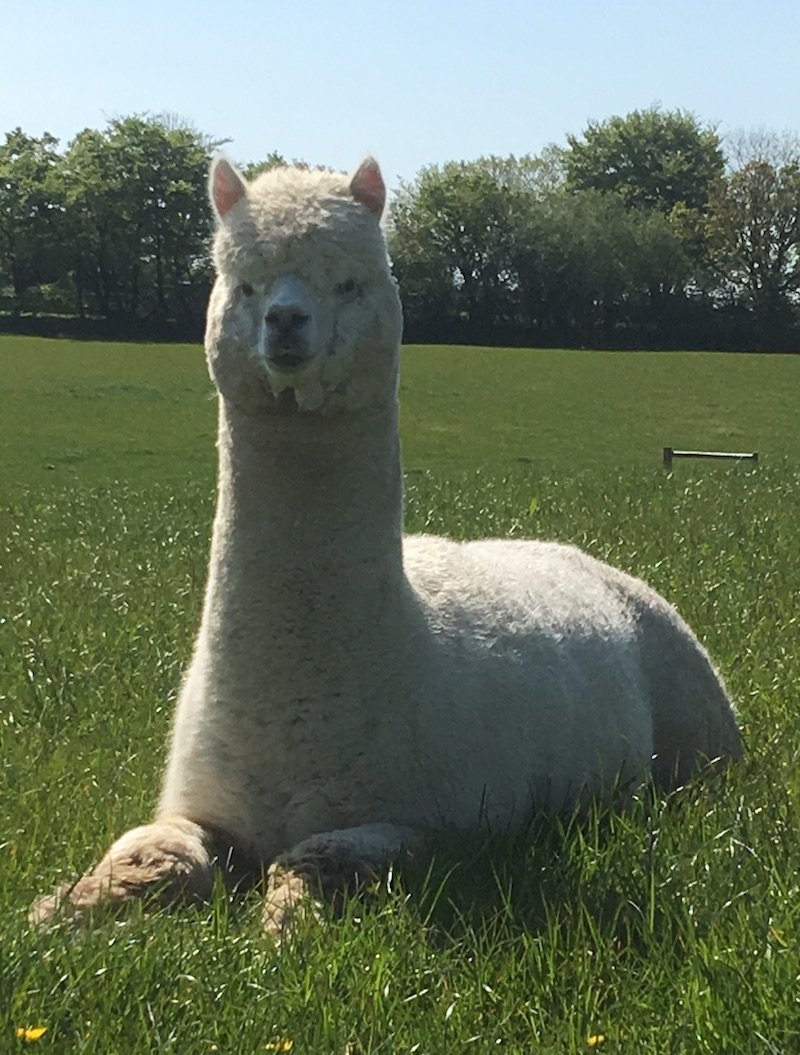 We have to shear the boys each year (we get someone in for that), trim their toenails every two months and give vitamins over the winter. Apart from that they are easy to keep. We use the boys as flock guards during lambing time to keep foxes away. The alpacas take their ‘guarding duties’ seriously and have chased people away when they get too close to the sheep. The boys stay together as a group most of the time. Alpacas eat together, sleep together and go to the toilet together as seen here. During all of their activities they will always be watching out for danger and very often be facing in different directions to keep watch.

Come and enjoy a holiday in Devon with alpacas.

We are lucky enough to be very close to one of the best alpaca walking centers in Devon. So if you want to walk an alpaca make sure you speak to us first. Moorparks guest get a discount and we can make sure a place is reserved.

You may spot the alpacas here on ‘our webcams’