21st November 2019
Sams is our local cider maker and ‘just down the road’ in Winkleigh. Being a local company, it’s always nice to know a little bit more about it so we went on a tour.
‘Sams Cider Tours held every Wednesday at 2pm will take you through the history of the company and the cider making process from start to finish, showing you the traditional methods alongside the modern ways of the 21st century.” 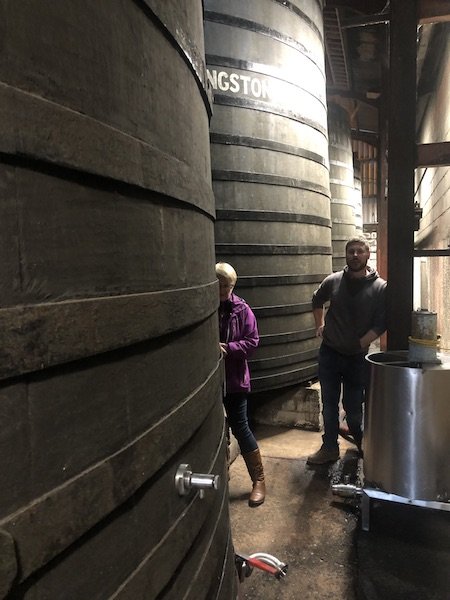 If you have heard of White Lightening and Stonehouse, then you may be interested to see the site where it was first made. Inch’s Cider was produced on the same site, originally starting in 1916.
Company growth and change of ownership over the time has seen many changes.
The 40,000 gallon oak vats (on the left) are some of original ones from during the companies history. Sadly, over twenty of these vats were destroyed prior to the current ownership. There are 4 remaining 100 year old oak vats still on site at Winkleigh.
The tour was great, it was very interesting to hear how the company started and the history behind both it and the site it sits on.
Luckily for me, I wasn’t driving and got to taste the various ciders that are now on offer. Sam’s Crisp has been a favourite of mine since we moved down to Devon.
As we are coming up to December we bought some mulled cider, always goes down well when the family come to visit. 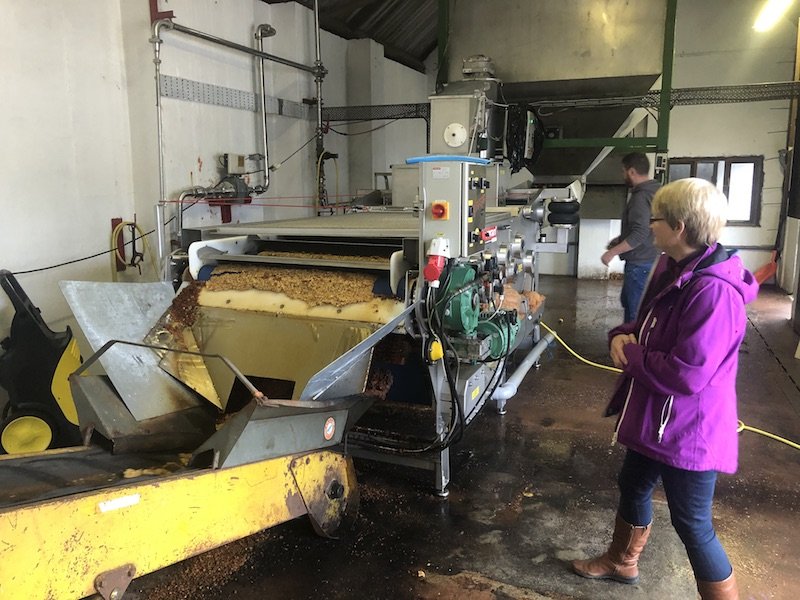 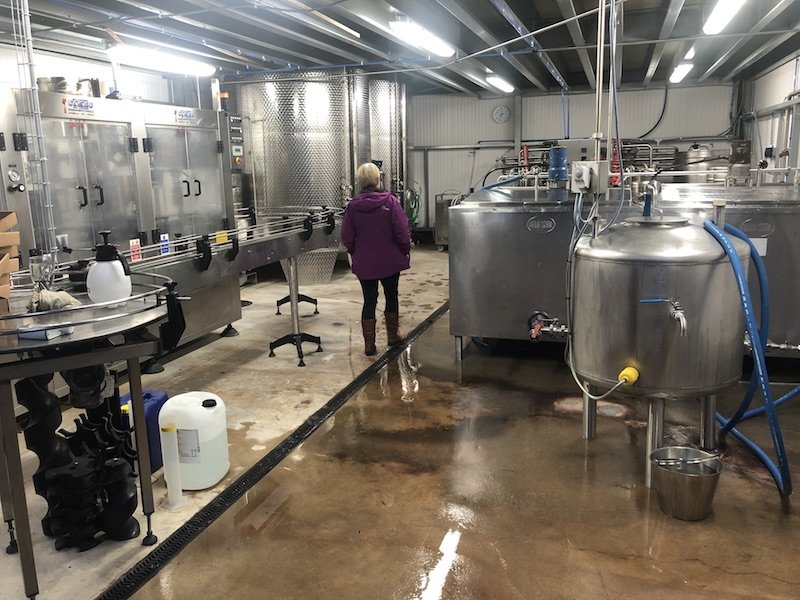 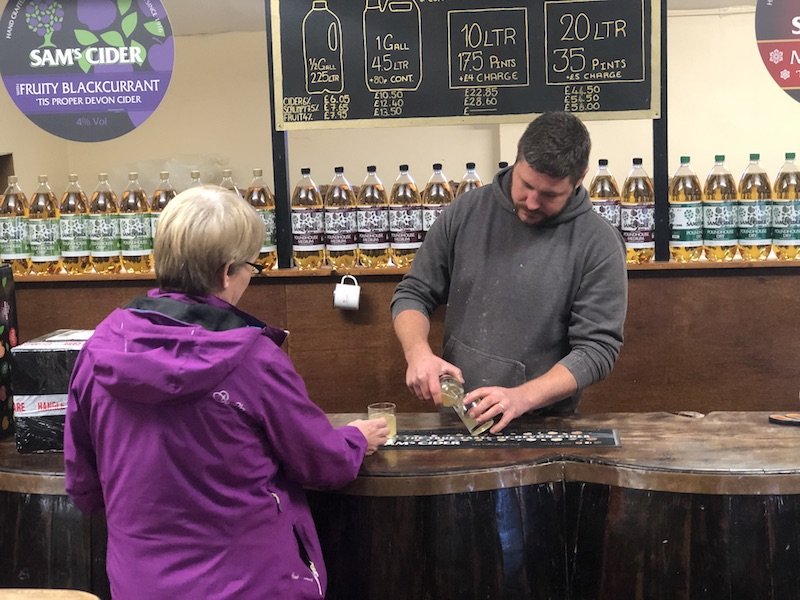 Sams is located in Winkleigh, about a 10 minute drive from Moorparks.
So when you next come and stay at Moorparks holiday cottages, make a trip to Sams. The Sams Cider tour is on every Wednesday at 2pm, but you can visit the shop and try a sample at any time.. Luckily for me…..they also serve Sams Cider in the pub down the road!